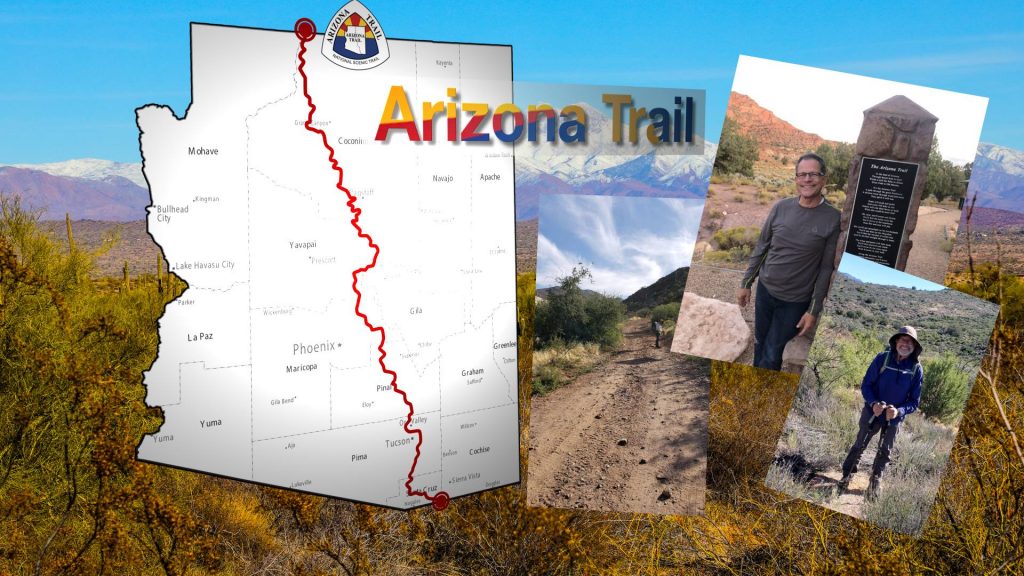 The famed Arizona Trail is 800 miles of desert, canyons, valleys and vistas that dissects the state north and south. It is a test of true grit. For his journey on the demanding trail, a Mayo Clinic patient who was diagnosed with mild cognitive impairment discovered that positive attitude was his best compass.

Journalists: Broadcast-quality video (2:50) is in the downloads at the end of this post. Please courtesy: “Mayo Clinic News Network.” Read the script.

Burke, a 71-year-old man from Arizona, was diagnosed with mild cognitive impairment, which is often a precursor to Alzheimer’s disease. Like many people in his situation, uncertainty grows as his memory becomes a concern.

“I cannot tell you when it began to happen because, you know, it just happened slowly,” Burke explains.

But as a lifelong lover of the outdoors, Burke wasn’t going to let his condition slow him down. He decided he would literally take a different path.

“It’s something I’ve always wanted to do,” says Burke. “I love living in Arizona. It’s where I became a Christian. It’s where I fell in love, got married, and all my kids have been born here. So I said, ’Sure, I’ll do the Arizona Trail.’”

The Arizona Trail is a popular and rigorous trail that links Mexico with Utah, covering 800 miles of Arizona deserts, mountains, canyons and forests. It’s a challenge for even seasoned hikers.

“’Why don’t we all go hike the Arizona Trail?’ He makes it sound so easy, right, 800 miles,” says Burke’s neurologist, Dr. Richard Caselli.

Dr. Caselli is a specialist at Mayo Clinic in the study and treatment of neurologic conditions that lead to memory loss, including Alzheimer’s disease. While every patient is different, he says their journey with these conditions often is influenced by their outlook.

“When you’re confronting something that could be an early stage of Alzheimer’s, of course there’s worry,” says Dr. Caselli. “Until that glorious day when we have a cure or something we can meaningfully do to prevent it from getting worse, the best we can do is to try to encourage people that their life is not yet over.”

“This is my new life,” says Burke. “I can’t change it, so I said: ‘You know what, I’m going to be good with it. I’m going to have a positive attitude, and if I forget things every once in a while, so what?’ You try to do better the next time and you just keep going.”

“To me, he is really the epitome of the encouragement that I try to give my patients of not giving up on life, continuing to live,” says Dr. Caselli. “From a number of health studies — in general, not limited to dementia or Alzheimer’s disease — people with positive attitudes tend to have better outcomes.”

For everyone’s safety, Mayo Clinic has strict masking policies in place. Anyone shown without a mask was recorded prior to COVID-19 or recorded in an area not designated for patient care, where social distancing and other safety protocols were followed.